The Importance of Practice 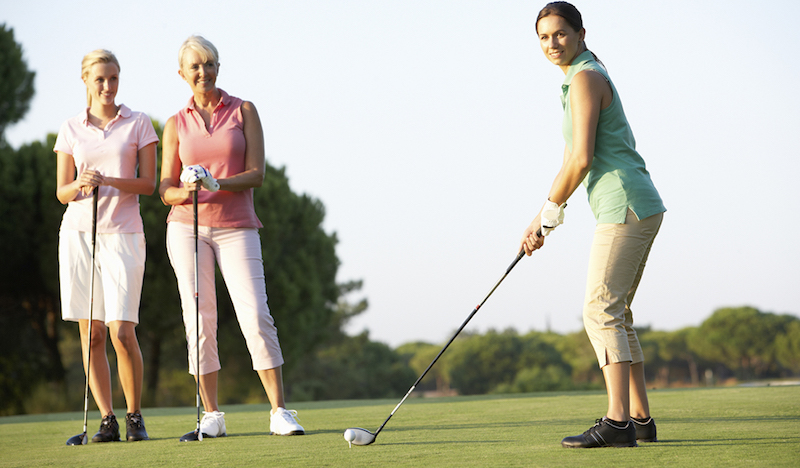 Group Of Female Golfers Teeing Off On Golf Course

The number of golfers in the United States that play an average of twice yearly is approximately 10% of the population. Men play approximately 77.5% and women play approximately 22.5%. In this blog I would like to look at why more women do not play golf and why women learning to play golf is important.  I’m looking at this information as a parent, and an instructor. Additionally, my wife, whose background is Psychology will give her opinion based upon being a golfer, a woman and my daughter’s caddy.

As a father and the parent of a wonderful daughter who picked up the game in grade school, I was extremely supportive but also a father who had never played golf. I tried to get her the best instructor I could afford which at the time, 14 years ago was $125 an hour. Her instructor would tell her what to do but with no explanation as to why or how. This was a flawed approach to teaching because when something went wrong she had no idea how to fix it. He would have her take lesson after lesson with out an adequate amount of time to practice the material he gave her. As I look back, it is abundantly clear that it was all about the money and not the transfer of knowledge. Golf is difficult and can be cost prohibitive for parents because lessons are expensive. Most parents are not golf instructors and cannot personally work with their kids and therefore many forgo getting their kids involved with the sport. This is more true for young girls. Some fathers enjoy working with their sons, it’s easier because they can relate…they’re guys. When it comes to their daughters, it’s different because……well they’re girls and it can be somewhat awkward.

As a golf instructor and in working with a number of women, teenage girls, mothers and couples the conversations are all very similar. They’ve never been taught the basics. How to hold the club, how to stand, or how to swing the club. I know many of my students and others, have been taught by a friend, parent or other relative where the information is sketchy and fragmented. The basics don’t exist, the swing is unnatural and cumbersome and the student doesn’t understand what they are doing – a definite formula for giving up. Many of my male students recall golfing with their dad, or learning to golf with their dad, grandfather or some other male influence. This relationship at least sets the stage for an introduction to the game for many young men and gives a foundation from which to build. Most female golfers are not exposed to golf in such a way and are left without truly learning to love this lifelong game.

I asked my wife, a mother of golfers, wife of a golfer/instructor and a golfer herself to weigh in on the lack of women playing golf and women learning to play golf. The following are her words:

The first time I played golf I was in high school and I went with a friend, it wasn’t pretty. I played competitive softball so I was familiar with swinging a bat and figured, if I can hit a moving ball I can definitely hit a ball that’s just sitting there. I never played again until after I was married and we decided to get both of our kids into the game.

As our kids learned the game, we learned too. We began playing several times a week, walking the courses, taking in the conversations, enjoying the beauty of the courses and the family bonding that only time away from all distractions can allow. Countless memories were created through playing golf as a family, something I would highly recommend to all parents wanting to forge a lifelong bond with their children.

It became apparent within a few years that golf was going to be our daughter’s game of choice (we tried them all) and she was good at it. Golf for girls, when our daughter was younger, felt somewhat of an afterthought, meaning since boys had the opportunity I suppose girls should too. She was one of the very few girls that played seriously and not to “fill the team”. I created the booster club (the team never had one up until 2005) and as the club’s president I remember it being a challenge to convey to school administrators the importance of providing equal funds to the girls golf team just for uniforms! Their response was typical, “Girls golf isn’t well attended, if at all and definitely doesn’t generate revenue for the school.” Sound familiar?

Today, we rarely see LPGA coverage on basic television due to the fact that it isn’t widely watched. The Golf Channel is virtually the only channel that covers the LPGA and if you don’t subscribe to the Golf Channel you wouldn’t know the ladies had a golf tour, let alone knowledge of a single LPGA player.

It’s no wonder there aren’t women learning to play golf. As kids, girls are steered toward soccer, dance, volleyball, cheer, swimming most anything but golf. If per chance we do pick up golf as kids, the road is difficult. It’s expensive, it’s hard to learn, and it’s time consuming. Couple that with adolescence, dating, school, and work, you begin to see why golf rarely wins.

Golf provides benefits beyond building character, reducing stress and exercise. It provides, for its amateur players, a chance to network, forge new and cement old relationships and be competitive. These qualities also play an important role in business, especially for women who are typically left out of the company foursome. If you are a businesswoman, playing golf is an even greater advantage. Adrienne Wax, co-author of Even Par: How Golf helps Women Gain the Upper Hand In Business, says, “Outside the office, you can communicate differently with your higher-level peers and get to know one another in a way that the office can’t provide. Being able to talk golf in the office gives you a chance to bond with the bigwigs. If you can talk about golf, suddenly you have reasons to talk with the CEO.” Need I say more?

Golf needs more women and women need golf. One study from research firm Catalyst found that 46 percent of women surveyed noted exclusion from informal networks as the biggest impediment to reaching their career goals. Golf was cited as one of those networks.

How to have more women learning to play golf is a challenge that 1 Swing Golf has tried to address by promoting a safe, non-intimidating learning environment. A place where women won’t feel embarrassed or “stupid” because they don’t know how to play golf. We teach beginners to advanced players, at 1 Swing Golf, everyone has an opportunity to learn something new. It’s time women join the Gentlemen Only Ladies Forbidden (GOLF) club and make golf part of their lives, besides the clothes are awesome! 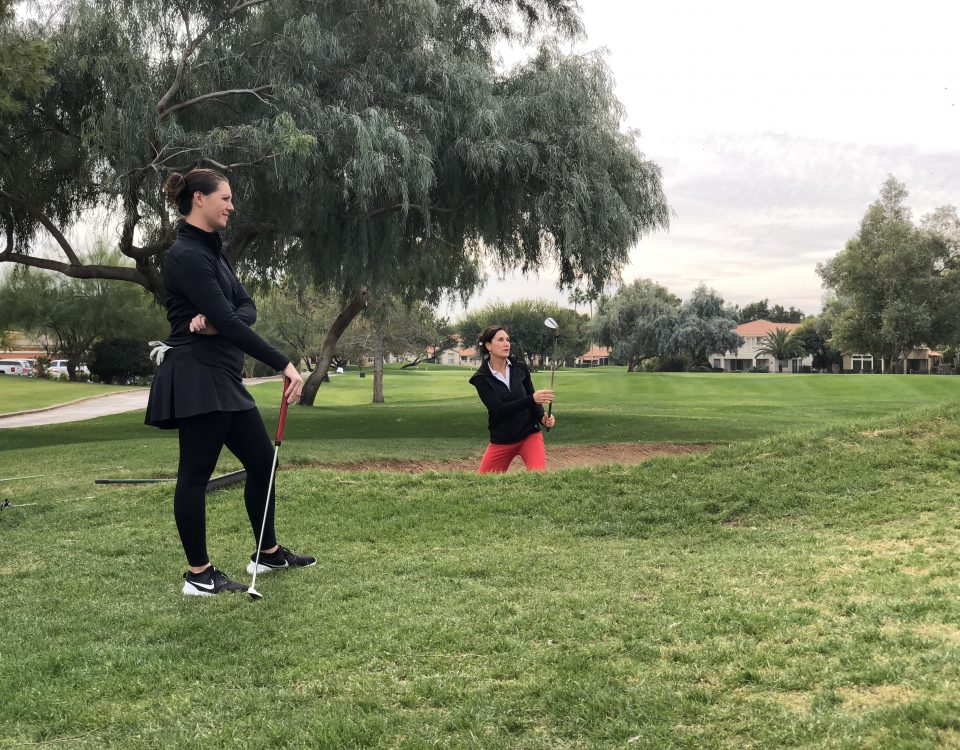 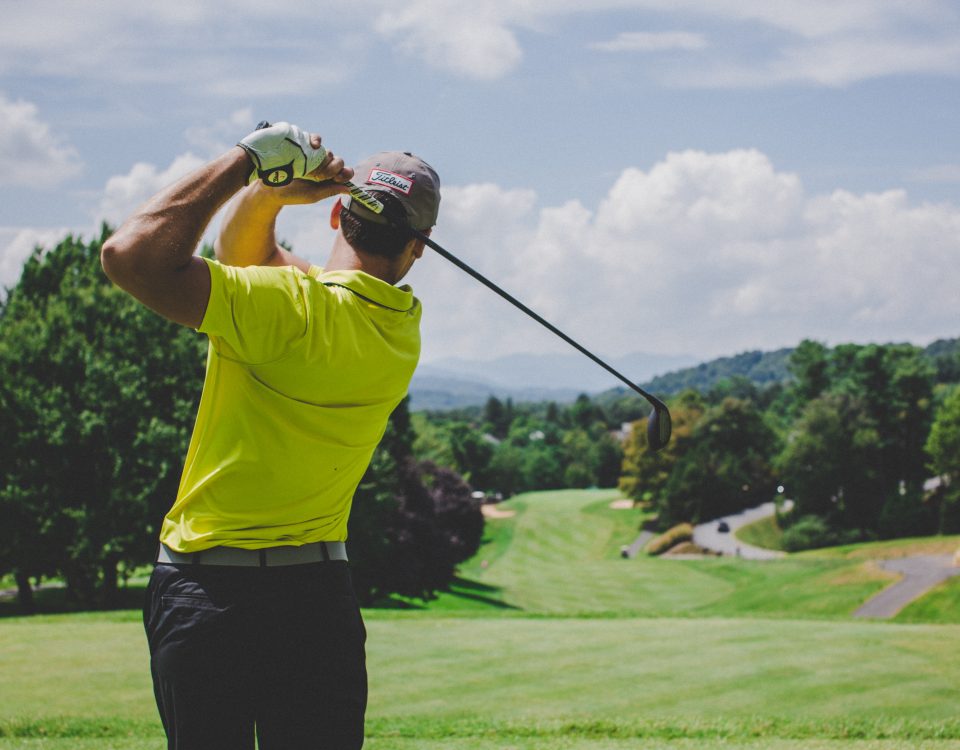 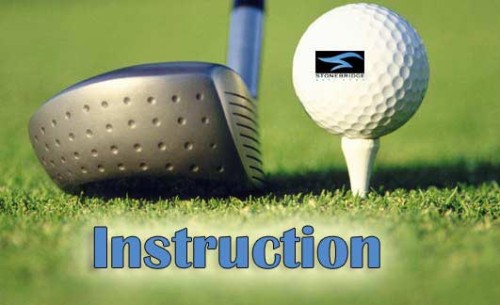